There are a lot of Billie Eilish fans out there but does everybody know about the little secrets about this ‘Ocean Eyes’ singer? Perhaps the fans really need to know about the other side of the pop mogul of the industry. This talented young singer has made some significant progress in her musical career in the last few years. Her unwavering personality, fashion sense, and incredible vocal talent have ignited a fire among music lovers as well as her young fan base of her through highly relatable lyricism that speaks about the struggles of life.

Other than worldwide fame and musical contributions, there are a lot of things about the singer that the world is still unaware of. Get to know about the 10 unknown facts about Billie Eilish that every fan should be aware of.

Songwriting from the age of 11

Songwriting requires immense skills and a poetic persona that does not happen overnight. However, Eilish has garnered ample attention for her songwriting skills from the beginning of her musical career. The singer has been nurturing her skills in songwriting since she was only 11 years old, a member of the Los Angeles Children’s Choir. In an interview with Vogue, the singer said that choir was one of the first platforms that helped her develop her singing skills without ruining her original vocal essence. Honing her skills in singing from the heart helped her to come up with her own tracks.

Though she joined the choir at 11, Billie and her brother Finneas were homeschooled by their parents. They learned all the subjects like school along with music which their parents especially preferred. The singer shared with Vogue that homeschooling helped her and her brother to focus on music more than anything. It is a good decision that paved the way to work on their interests. Finneas is the biggest mentor

Talking about her brother, Eilish always said that her brother is not only just one of her closest friends but also one of the greatest mentors behind her music. He helps her write all of her songs as well as performs with her in the shows and concerts to support her. Finneas has written and produced all of the 14 tracks from the album “When We Fall Asleep, Where Do We Go?”. Perhaps his brother is helping her to spread the deep feelings inside her through these amazing musical compositions. 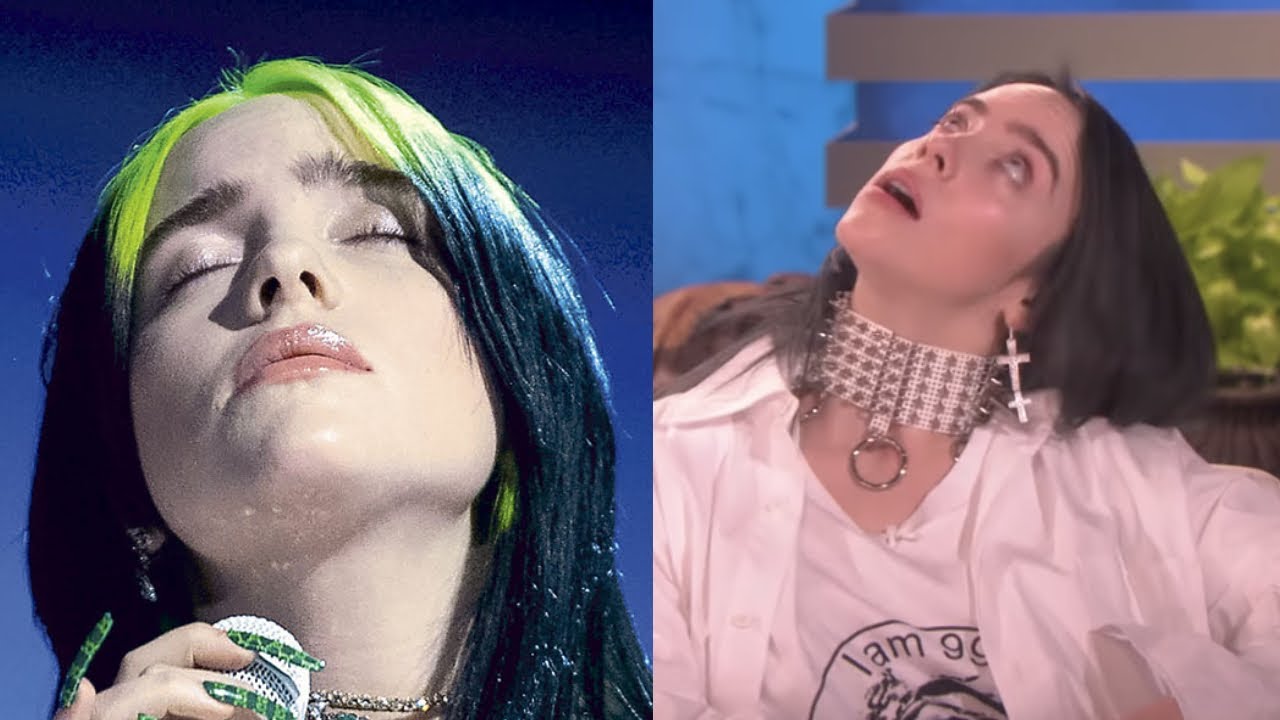 She has Tourette Syndrome

A lot of people might not know but the singer is a sufferer of Tourette Syndrome. Being in the spotlight as a young adult singer could be a daunting task when one has to deal with personal issues as well. Many viewers might have already seen the Eilish made little tics and odd movements in some portions of the music videos. People who are unaware of the syndrome made fun of her. However, Billie’s indomitable spirit was not easy to crush. The singer declared to the world about her suffering from Tourette Syndrome and how she is trying every day to have better control of it.

While most of her fans are drooling over her baggy clothes and funky attires, the real reason behind it is truly saddening. In this era, body shaming and sexualizing have become a common element and when it is regarding a talented artist, things get even twisted. She deliberately wears baggy clothes in order to avoid getting sexualized like the other celebrity singers. She is currently 20 years old and it is heartbreaking to see a young talented artist conditioning and restricting herself due to an ill perspective. 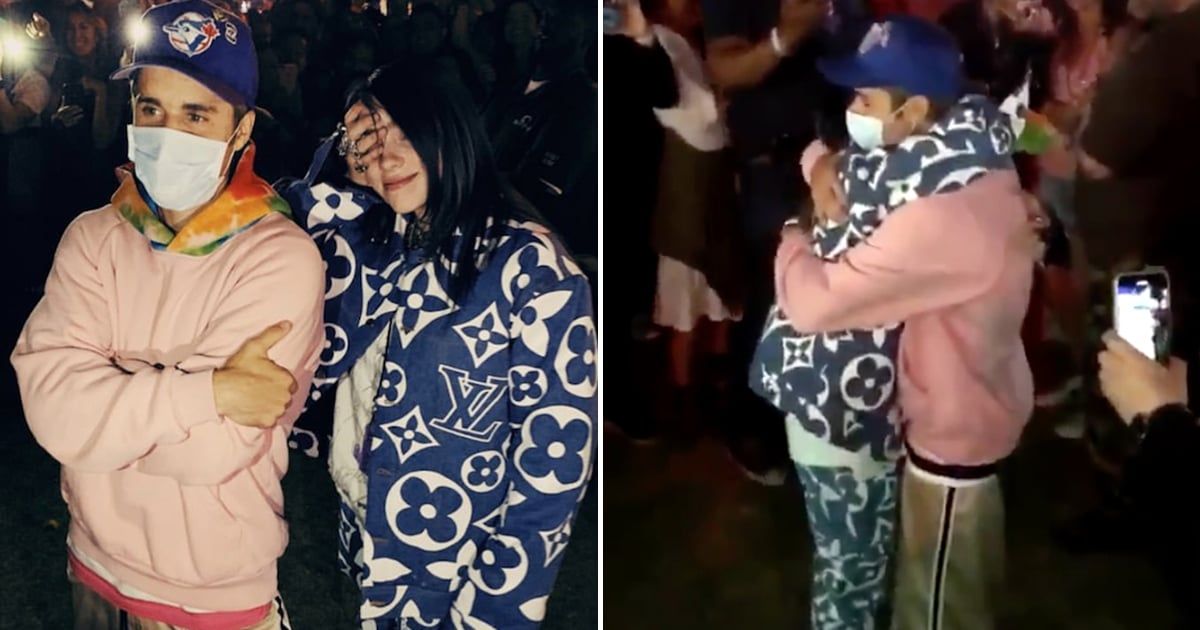 A fan of Justin Bieber

Billie Eilish is one of the biggest fanatics of Justin Bieber and she has always been openly talking about it. Her fandom has reached Justin as well and now, they are good friends. In an interview with Zane Lowe, Justin said that he would do anything to keep Billie safe. Such a remark is sweet enough to melt the hearts of the fans.

Self-control over life and social media

With over 64 million followers on Instagram, it might seem quite difficult to maintain all the social media accounts alone for young celebrity singers. But Billie is making a difference by handling everyone alone without any influence from the managers. All of her posts make the followers feel she is a part of the common mass well. However, she does not answer everyone. 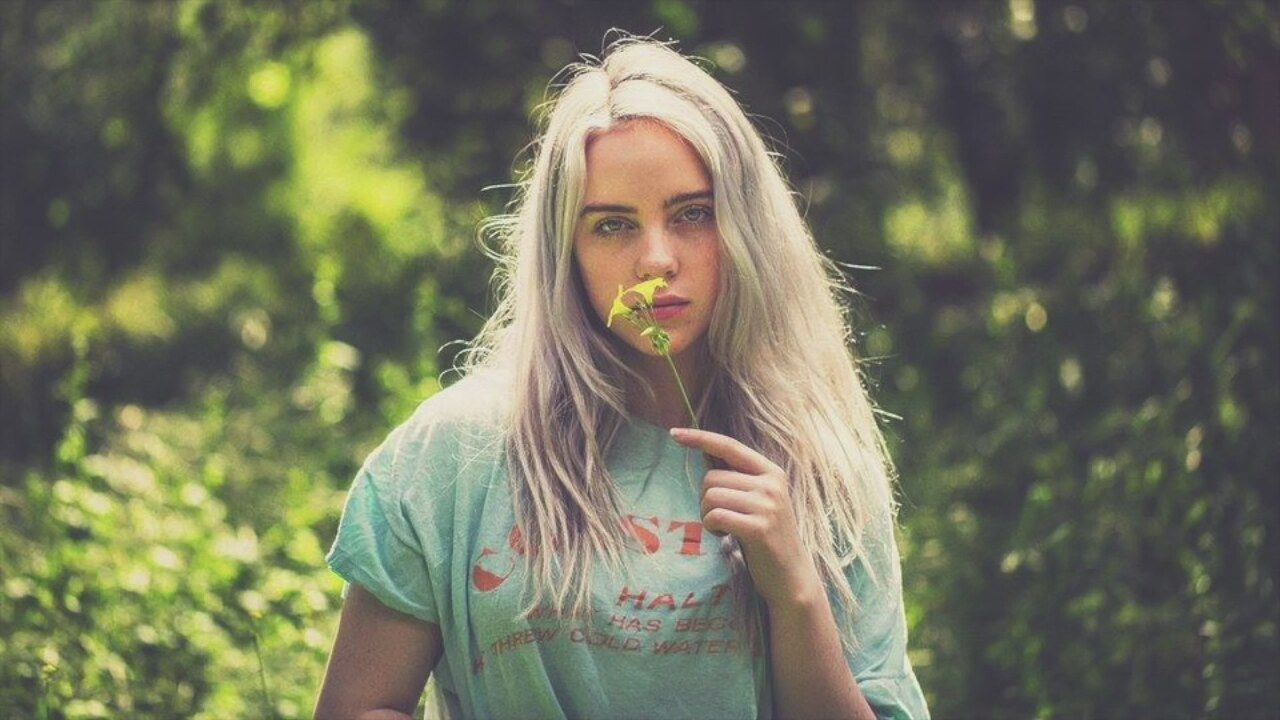 Other than laughing out loud in an interview, it can be a pretty rare sight to witness the singer smiling. Even the photographers would agree that it is hard to expect a smile coming from Billie during the shoot or working on any musical project. The singer once said that smiling makes her feel weak and powerless.

It’s pretty common for such a huge plant and animal lover like Billie Eilish to be a complete Vegan persona. She was a fully-fledged vegan since 2014 and prefers to eat the only vegetable-based product, avoiding meat and animal-based products. Eilish once appeared on the show ‘Hot Ones’ where the celebrities try put chicken wings complimented by some of the hottest and spiciest sauces around the world. The singer had soy-based fake chicken instead of real ones. When it comes to favorite series, Billie is always up for ‘The Office’. Many of her fans might have thought differently but there is no doubt that this wholesome and humorous series is her favorite of Eilish. She even utilized some of the lines and samples from the episode “Threat Level Midnight” from season 7 for her track “My Strange Addiction“. It is safe to say, ‘The Office’ is one of her addictions.

Stay tuned to explore more about Billie Eilish, the youngest queen of the pop music industry.

Check out For More News Updates on Google news.

After 2 years in a pandemic, Wiscasset seniors make it to graduation day