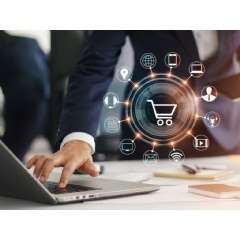 JD Duarte has extensive experience in eCommerce and online marketing. He is well-recognized for his work on the subject of digital marketing, which he has been doing for decades. The business leader explains how to become a leader in eCommerce management and the skills that entrepreneurs need to hone. In today’s business world, eCommerce is … Read more

As a teenager, Danielle Barker was always drawn to all things technology, especially software development. She knew she wanted to be in the tech sector but was cautious about pursuing it as a career. “I saw it as a male-dominated industry and any time that’s the situation, trans people have trouble fitting in and feeling … Read more

(JTA) — When Janet Jagan, an immigrant from the United States, made history by becoming Guyana’s prime minister in 1997, she was thought to be the country’s only Jew. In fact, another Jew had recently purchased an island off the coast of Guyana, and 25 years later, there are at least two Jews living in … Read more