One day 12 years ago, Victoria Gregg began feeling tingling on the right side of her face. She went to Royal University Hospital to get it checked out but was told not to worry about it.

When she woke up the next morning, that side of her face was paralyzed and she felt extreme pain in her ear, neck and shoulder.

At first, she was told it was likely Bell’s palsy and was given a steroid treatment for that but not antivirals due to her pregnancy — she was five months pregnant at the time.

“I basically suffered in a lot of pain because without the antivirals, the virus wasn’t being treated,” she said.

“One day it would be almost couldn’t hear anything, next day, extremely sensitive like even to hear my younger children talk, I would be sitting on the floor covering my ears because it was just hypersensitive hearing.”

After she had the baby, Gregg, who lives in Perdue, continued searching for answers. She eventually got to see a neurologist and was diagnosed with Ramsay Hunt syndrome a year after the initial symptoms began. She was then given treatment, but due to the delay, she hasn’t fully recovered.

The syndrome is caused by the varicella zoster virus, which also causes shingles and chicken pox. It typically infects a facial nerve near the inner ear, causing weakness, inflammation and sometimes pain in the surrounding areas.

Gregg said she was under a lot of stress as her husband at the time lost his job, finances were tight and she had two other children under the age of three. Gregg said the stress activated the virus in her body.

“Because I didn’t get the treatment, (the neurologist) said I’ll probably never see any more improvement with the facial paralysis. However, getting immediate treatment can make it so your facial paralysis goes away,” she told CTV News.

Gregg said she can’t blow up balloons or blow out candles and has difficulty using different types of straws due to the paralysis. She also has extreme exhaustion and brain fog.

“Something that I’ve struggled with a lot is knowing that, you know, if it had been caught, maybe I wouldn’t be faced with the ongoing paralysis, the ongoing pain, stuff like that.”

Victoria Gregg before and after developing Ramsay Hunt syndrome.

While Gregg has been living with the condition for over a decade, many people are only now learning about it after Justin Bieber announced he has it last week.

In a video posted to Instagram, the 28-year-old pop star could be seen struggling to move the right side of his face while he explained the extent of his symptoms.

Bieber had to postpone his upcoming shows because of his diagnosis.

“This is pretty serious as you can see. I wish this wasn’t the case, but obviously my body is telling me I got to slow down,” he said in the video.

Gregg, who was also 28 when she got it, said she hopes Bieber will be able to make a full recovery.

“It’s sad that Justin Bieber is having to go through this and knowing what he’s going through. I pray that it doesn’t affect his career. You know, it’s affected my singing ability, I hope it doesn’t with his,” she said.

“Ramsay Hunt syndrome doesn’t care if you’re popular or you’re not popular, it’s a stress factor, right? So, that virus can activate anytime your body is worn down.”

“With him getting it, there are so many people realizing that they have it too and have been misdiagnosed, some of them for years.”

“Typically, the reactivation (of the varicella zoster virus) happens in older adults as their immune system starts waning a little bit. The other major risk factors would be, in a similar vein, any medical conditions which would leave someone in an immunocompromised state ,” he said.

“The reactivation can also just happen with kind of transient impacts on the immune system such as stress, physical injury.”

Burke reiterated that the condition can be treated with antivirals.

Bieber said he is confident his face will return to “normal” and that he is doing facial exercises and resting. 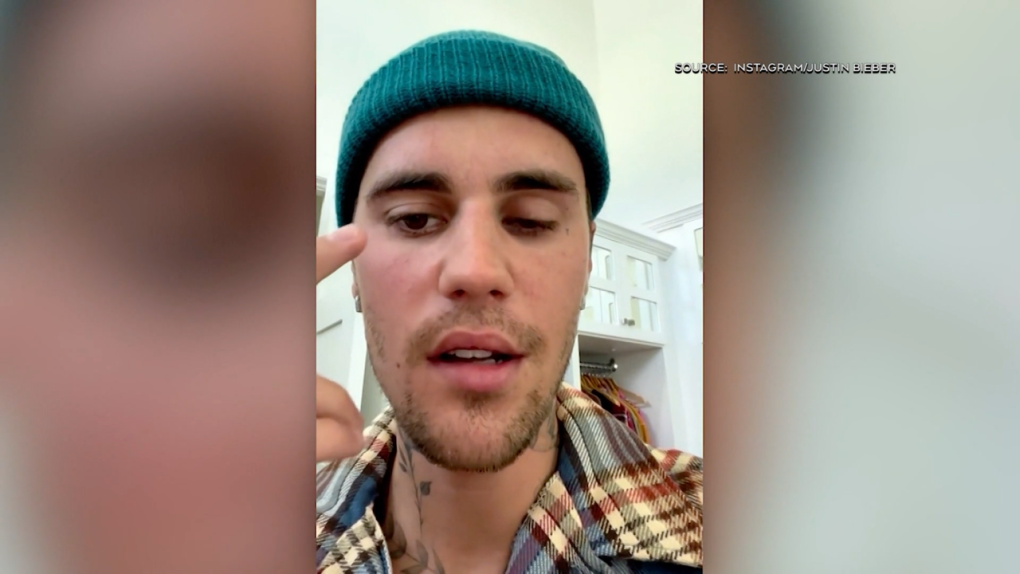 Justin Biber speaks about his Ramsay Hunt syndrome diagnosis in this screenshot. (Instagram)

As for Gregg, she still has flare-ups anytime she is under a lot of stress and says each time is different.

“Every time I’ve had a relapse, I haven’t really had more paralysis until the one last month when it affected the opposite side of my face.”

Gregg said the month of May is typically very stressful and that she tries to be proactive.

“I’ve pulled back and tried to not do as much … I’m not perfect. I still do too much and I do get the flare-ups, but you know, rest when you can and if you feel you’re starting to get worn down, act on it.”

Even after her initial diagnosis, Gregg said she has encountered doctors who have never dealt with someone with Ramsay Hunt syndrome.

“It’s considered to be a rare condition, but it’s actually not that rare. It just gets a lot of misdiagnosis as Bell’s palsy,” she said.

“Getting doctors to recognize it is a big thing. When I was at the clinic for my latest outbreak, the doctor was so excited, he had never seen a case before.”

Gregg encourages others who think they have Ramsay Hunt syndrome or something like it to continue asking questions until they get the proper diagnosis.

3 in 5 COVID Patients Have Persistent Symptoms