Nelson Greene Jr., co-owner and president of Greene Funeral Home, died March 14 at his Alexandria home after a battle with cancer. He was 79.

Nelson and Donita Greene in an undated photo.

Greene was well-known for his dedicated service in the funeral industry as well as to the many organizations he served in the community, including the Departmental Progressive Club where Greene served as president up until his illness.

“Nelson had the biggest heart and was the most giving person I knew,” said Merrick Malone, who served as an officer with Greene at the Departmental Progressive Club. “He was an incredible asset not just to our club but to the entire city. He comes from a tremendous family legacy and he advanced that legacy but he was never in anyone’s shadow. He created his own legacy.”

Greene was born Oct 12, 1942, to Nelson Greene Sr. and his wife Gloria. The couple started Greene Funeral Home in 1954 at its current location on Franklin Street. Greene briefly attended Parker-Gray High School before graduating from what is now Duke Ellington High School in Washington. He spent three years serving as an officer in the US Army before returning to Alexandria to work in the family business.

“He was an incredible asset not just to our club but to the entire city.”

Greene received his Mortuary Science education from John Tyler Community College in Chester, Va., and holds a Bachelor of Science in Biology from Virginia State College.

In addition to his service to the Departmental Progressive Club, Greene served three terms on the Alexandria City School Board. He previously served as an adjunct professor in the Mortuary Science program at the University of the District of Columbia. He has served as National President of Epsilon Nu Delta Mortuary Fraternity and chapter president, as chairman of the Life Membership committee and District Governor of National Funeral Directors & Morticians Association, and on the Scholarship Committee and State President of Virginia Morticians Association, as well as Chairman of the Board. 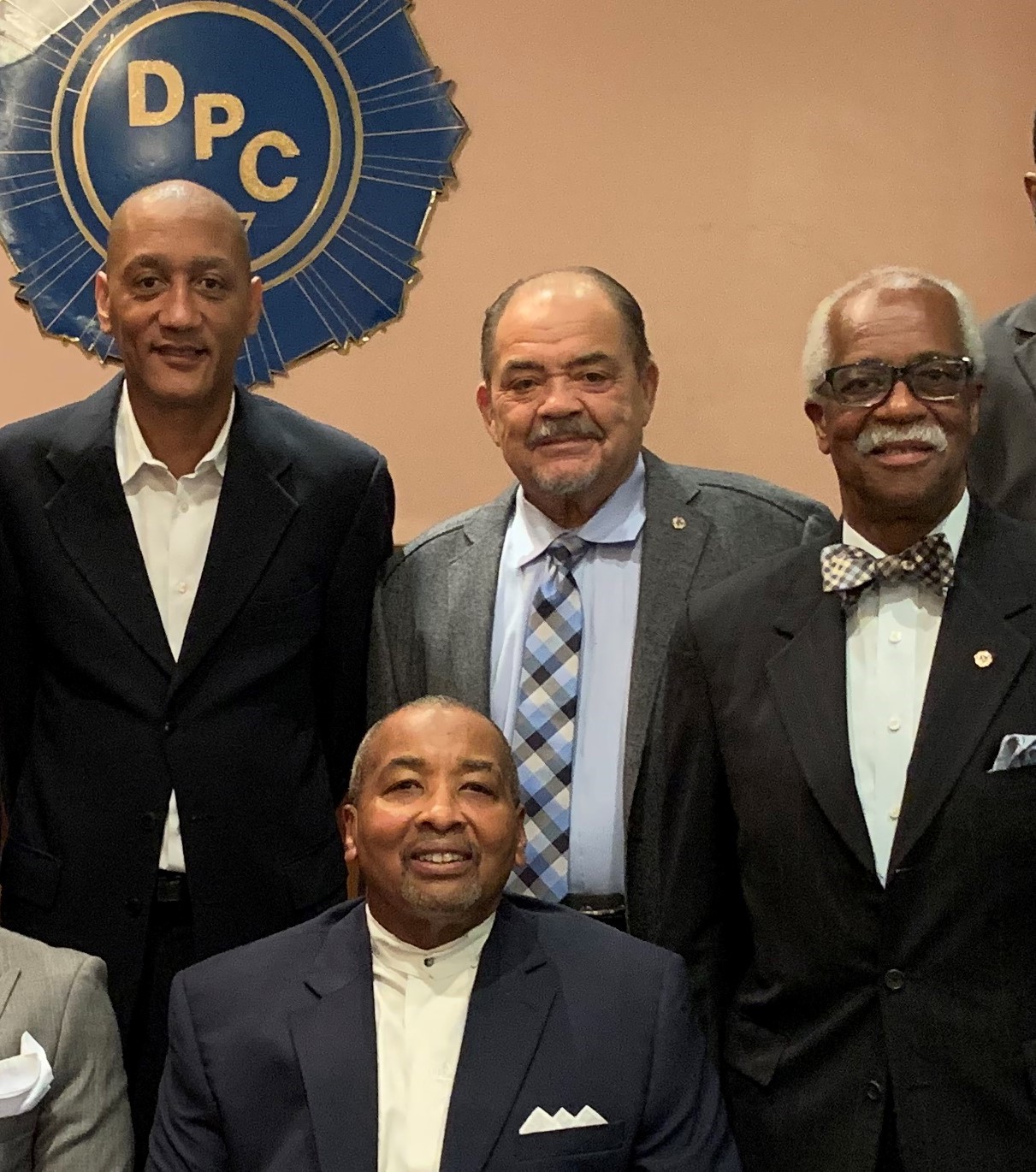 Nelson Greene Jr., standing center, was a longtime member and president of the Departmental Progressive Club.

“Nelson served this community in all kinds of capacities,” Malone added. “Some people may have thought he was gruff but he was never afraid to be a voice against injustice. He was very forceful and a champion in that.”

Added Greene’s wife Donita, “He used to be accused of being grumpy and gruff but he had the sweetest heart in the world. The exterior was just that. Although people thought he was unapproachable, he was a big old teddy bear.”

Greene was a founding member of Northern Virginia District of the Virginia Morticians Association and attained his lifetime Certified Funeral Service Practitioner designation. He was a member of Meade Episcopal Church, where served as Licensed Lay Preacher. He also served as Junior Warden eight other times, and as Senior Warden three times. He was a life member of Omega Psi Phi since 1974.

“It was the third marriage for both of us,” Donita Greene said. “We always joked that we finally got it right.”

Greene will lie in honor at Greene Funeral Home, 814 Franklin Street, on Tuesday, March 29, from 9 am until 9 pm Additionally, the family will receive friends at the Callaway Chapel of Episcopal High School, 1130 Thomsen Lane, on Wednesday, March 30, from 10:30 am until time of Mass of Christian Burial at 12:30 pm Inurnment services will take place at Arlington National Cemetery at a later date.

In lieu of flowers, donations may be made to Meade Memorial Episcopal Church, 332 N. Alfred St., Alexandria, Va. 22314.

“Nelson was an incredibly generous and compassionate individual,” Malone said. “He did so much without any recognition. He loved the DPC and its members and we loved him. I am really going to miss him.

Added Donita Greene, “I so loved that man. He truly wanted to do whatever he could to help the people in this community.”