As of July last month, job losses and hiring slowdowns were major discussions in the IT sector as inflation continues to bite hard and wreck the global economy.

Many bitcoin exchanges, lending platforms, and prominent tech companies like Tesla, Microsoft, Twitter, and others, were affected by the recent wave of mass layoffs and hiring freezes.

The software industry in India has laid off more than 11,500 workers so far this year. Platforms for educational technology, ride-hailing, and pre-owned cars have been recorded for the most layoffs.

Many tech firms have informed their staff of potential corporate downsizing and layoffs if the economy stagnates. There are rumors that some Tech CEOs warned their staff members in memoranda that there would be job layoffs.

Stocks of technology firms, on the other hand, decreased on Wall Street due to continued projections of more declines as inflation intensifies. Tech sector employers in the US eliminated nearly nine times as many positions in May compared to the year’s first four months.

Due to a user slowdown brought on by inflation, these firms’ tremendous growth in 2020 shows signs of revenue decline. Fintech businesses revealed 268 percent higher job layoffs in May than in the previous four months in the tech industry’s massive release of employees.

Earlier this year, the cryptocurrency market also suffered a crisis as cryptocurrencies fell in one of the asset class’s sharpest falls in years.

The American cryptocurrency startup Coinbase dismissed approximately 20% of its staff due to the crash. Last month, more than 200 employees were let go by the international auto and sustainable energy business Tesla. Twitter, a microblogging service, reduced the size of its acquisition staff by 30%. 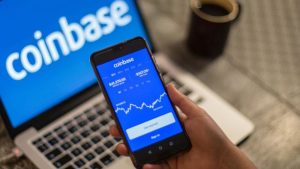 Tech workers have lost confidence in their job security due to the significant layoffs and hiring restrictions. Only 9% of computer professionals, according to a Blind study from June, felt secure about their job security.

Employees are becoming terrified of mass layoffs, especially those in e-commerce, real estate, and industries strongly related to the stock market. They are under pressure to increase remuneration for important tasks by 20% or more as they fight for a small pool of people due to inflation brought on by this increase.

Meanwhile, Big Tech Firms are now accquiring one another’s employees, which enables those with in-demand talents like programming and data analytics to market their abilities at a premium.

Even terminated competitor businesses swiftly scoop up employees from renowned corporations. There are surprisingly fewer technologists who are more sure about their security job.

Olena Zelenska, Ukraine’s first lady: War made my son want to be a soldier

Where does Earth end and outer space begin?