2020 graduates wrote our dissertations during one of the most uncertain times of the pandemic, finished university in lockdown in our childhood bedrooms, and started our grad jobs (if we could even get one) working in that same bedroom. We received our degree certificates one random day in the post, and waited two years for graduation day. That day has finally come – and for loads of us, it’s been a car crash.

I finished my degree at Southampton Uni in 2020, and had my graduation day this week. In short, to me it felt like carnage. The uni is attempting to hold three years’ worth of graduations – over 11,000 degrees in total, from 2020, 21 and 22 – all in the space of 10 ceremonies across three days this week. Ceremonies have been moved from their usual place, on campus, to the city center’s football stadium, where most of us have never been.

Because of the sheer volume of people needed to get through (“due to the logistics of organizing the high numbers involved and for the comfort of those watching”, the uni said), “changes” have been made. Graduates are not having their names read out as they cross the stage, instead simply course titles are being read out and then every student from that subject crosses the stage one-by-one. In my ceremony, instead of shaking an official’s hand, as usually happens at graduations, we had to pose in front of a blue photography background on the stage. This was then projected onto large screens on either side of the stage.

Some degrees ended up shaking each other’s hands on the screens, in lieu of an official handshake, or handing each other DIY diplomas made of rolled-up tickets. Many people simply walked straight past the camera and did not stop to pose at all.

Following feedback from the first few ceremonies, yesterday afternoon this was changed so degrees now shake the hand of their head of school in front of the blue background, before walking on and shaking the Vice Chancellor’s hand. Names are still not being read out, and there are still thousands of graduates from the earlier ceremonies who missed out on shaking hands on stage, which is seen as a pivotal moment for many.

One Southampton graduate who had her ceremony on Wednesday told The Tab she was “really sad” to not have her name called out.

“I understand it was busy and a lot of people”, she said, but she feels “let down to miss such an important part of graduating”. Another said: “Not sure why I waited a year for this.” Others have said it felt “impersonal”, “disappointing”, and like a “factory conveyor belt”.

Look, we all know that graduation in real life is never going to be like Elle Woods’ speech at the end of Legally Blonde, or that scene in High School Musical 3 when they all sing and jump in the air. But is asking for your name to be read out as you cross the stage really too much? 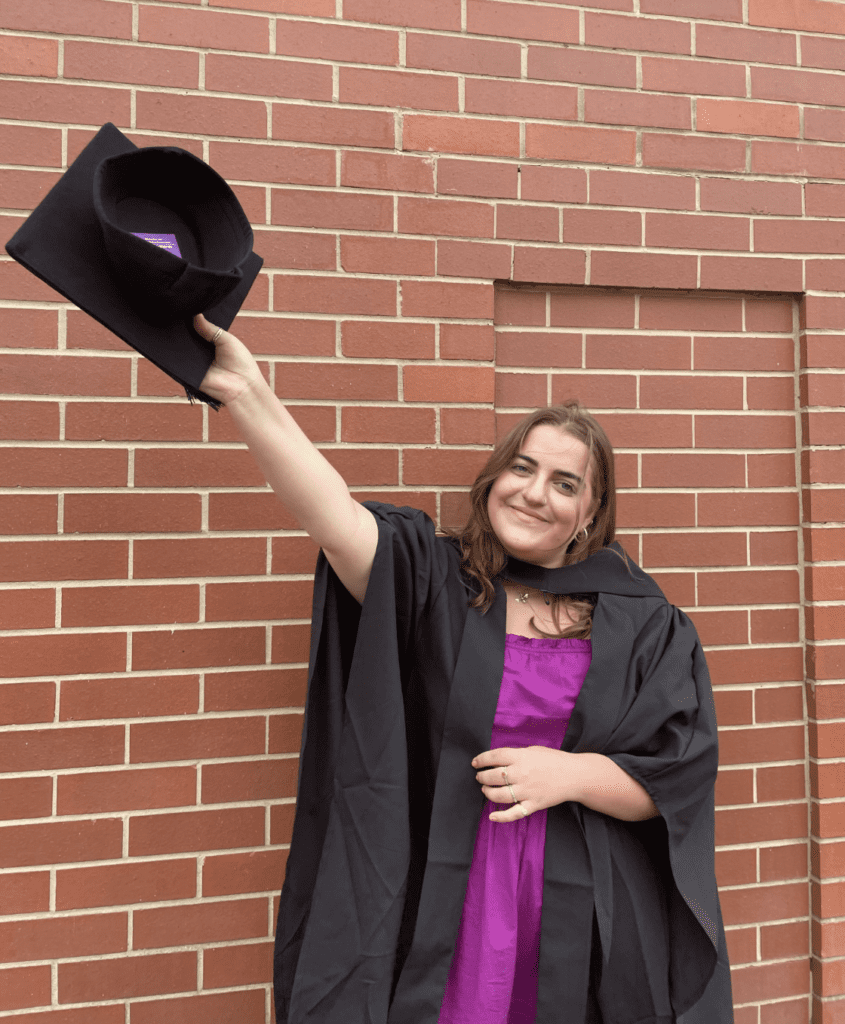 Graduation isn’t just about the ceremony itself. Regardless of the state of the ceremony, it’s a chance to visit the city you called home for three years, to catch back up with old friends and – perhaps most importantly – get a picture in your gown for your nan to put on the windowsill. But after enduring university during the pandemic, a proper celebration is the very least that this year’s graduates deserve.

It’s not just at Southampton where graduating students have been left disappointed. At Cardiff, one PhD student told ITV she left in tears after she missed her ceremony due to long queues for collecting graduation gowns. in a Twitter statement, the university apologised, that some students “experiencing delays in collecting their gowns”. It said: “We are working hard with our supplier to solve the issue as a matter of urgency”, and said it has postponed some events for 30 minutes to accommodate the delay, as well as adding extra events “to ensure no student misses out ”.

A University of Southampton spokesperson told The Tab: “Unfortunately, due to the logistics of organizing the high numbers involved and for the comfort of those watching, we have made some changes and are not able to read out the names and shake hands with every graduand as they pass across the stage. We apologise, if this has caused disappointment for some, however, we have made sure all names are scrolled across the large screens in the stadium to recognize everyone’s considerable achievements and each student also has a photo opportunity.

“Indeed, the opportunity to process in friendship groups, rather than a predetermined order, has been a source of enjoyment for many and we have received lots of positive comments about the events. To ensure all our guests have a special time, we have also provided the opportunity for Faculty celebrations in different parts of the stadium, immediately after the event.”

Are you a graduate with a ceremony this year and have something you think we should know about? E-mail [email protected]

Related stories recommended by this writer:

Is our ICT equipped to support net zero targets?