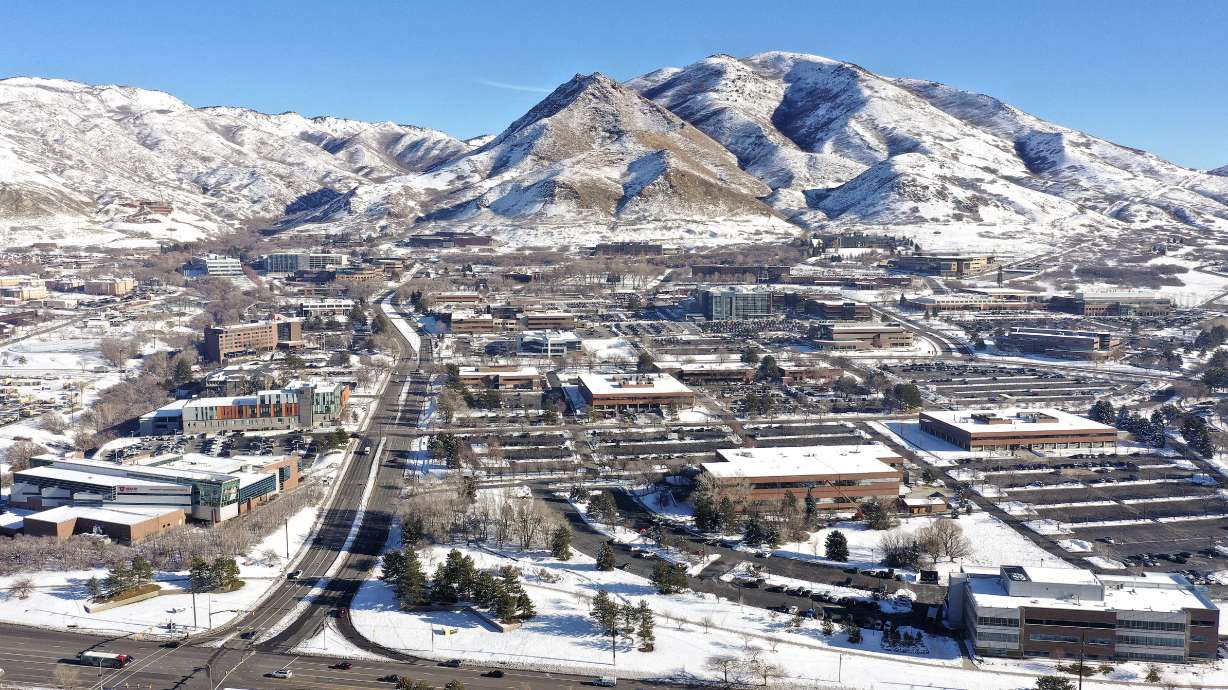 A photo of the University of Utah research complex in Salt Lake City was taken on December 20. Last week, the US released its annual Innovation Report, detailing how the university plays a role in the beehive state’s rapidly growing innovation economy. (Kristen Murphy, Desert News)

Salt Lake City – Last week the University of Utah released its 2021 Innovation Report, detailing how the university appears to have a golden touch when it comes to startups.

A startup was raised in the United States in 2021, an investment precedent of $884 million, and technologies developed by faculty and students at the University of Utah helped launch 14 startups last year, according to the report.

Keith Marmer, U.S. chief innovation and economic engagement officer, said Utah’s innovation economy is made up of a group of industries driven by innovation being developed in the Beehive State, adding that “a lot” of that innovation is happening in the university setting.

“We do over $650 million a year in research each year in the United States — and some of that includes partnering with the private sector, partnering with entrepreneurs, partnering with venture capitalists, partnering with government,” Marmer added. “This innovation economy, when I think about it, is essentially the partnerships and relationships across all stakeholders that take advantage of innovation to advance the economy, usually in the form of startups or innovative companies growing to (a) a larger scale.”

Much of the success detailed in the report is due to the US Partners Innovation, Enterprise, Outreach and Technology Center, the university organization that oversees innovation management. Marmer said he sees the center as a “catalyst for innovation.”

“We start 10 to 15 new companies annually. We help these companies hire management teams and raise capital, but we are also responsible for relationships with industry to help bring new opportunities for research and innovation at the university,” Marmer said.

“Most of all, we manage a lot of relationships between stakeholders and make sure everyone is connected.”

While there are entities similar to PIVOT at other universities, Marmer said the novelty in this is how it operates in a “completely integrated way.”

“Often you’ll find an office that’s just commercializing the technology, or just doing the economic development,” he said. “We set up the center two years ago to operate in a completely integrated way – I think that was the unique piece.”

Looking at the report, Marmer said he focuses on value and impact.

“Quantitatively, given the amount of capital our companies raised last year – it’s been a big year – the market is checking the quality of companies by putting so much money into them and giving these companies the resources to keep moving forward and have an impact.”

“On the qualitative side, fiscal 2021 has been in the world of COVID. We’ve had a number of licenses for technology around the world that have led to some startups trying to impact COVID — the fact that we’re able to contribute to that, Utah is part of the solution to try Tackling COVID — for me, those qualitative pieces are[important],” Marmer said.

Another key factor in Utah’s burgeoning innovation economy is the environment that Marmer described as “supportive, welcoming, and tolerant” of new ideas.

“One of the things we do at the Pivot Center is (try to) support new entrepreneurs or those new ideas in any way we can — I think you see that in a lot of Utah’s innovation ecosystem,” he said.

While the past year has been a successful one for the US Center and its projects, Marmer said he is excited about what lies ahead.

“Some of the things I’m looking forward to that are exciting (are) our participation in increasing physical presence – our footprint in Research Park and creating an innovation home next to our campus, but also the work that we’re doing in downtown Salt Lake City creating an innovation district and then partnering with other universities in private sector at Point of the Mountain,” Marmer said.

“When you look at the rankings, I think we can easily put a flag on the floor and say ‘We’re doing great, we’re No. 1’ – there’s still a lot of growth opportunities ahead,” he said.