Math has always been a passion for the Rastogi siblings, who have been participating in math competitions around New England since elementary school.

When 17-year-old Anshul, 16-year-old Garima and 14-year-old Vaibhav realized there weren’t many opportunities for middle schoolers in the Concord area to train for math competitions, they naturally saw it as a problem that needed solving.

The three homeschooled teens run the MatheMagicians Club, where they mentor younger math lovers and help them prepare for state and regional math competitions.

“When we took the AMC 8, we had to go to Fitchburg, which was over an hour away,” Anshul Rastogi explained. “And we realized really locally there were not that many opportunities and we didn’t really have a peer group that we could discuss our enjoyment of math with. As a result, we were sort of prompted to start a club so that we could provide the sort of opportunity to other students in a sort of, in a more public way in our local community, that students could come together if they were enthusiastic about mathematics.”

Throughout elementary and middle school, the Rastogi siblings participated in math competitions like MathCounts, North South Foundation Math Bee and Math Kangaroo. At the time, they received coaching from a high school student who was the daughter of a family friend, and they also helped to coach each other. The experience helped them discover that while that coaching was important to their own success, it’s not something all kids have.

“A lot of the students that come to our club are very hardworking but they don’t necessarily know about or have access to all the resources they need or the types of practice that they need in order to excel at this sort of competitive math, Anshul Rastogi said. “Another thing is a lot of the mathematics that’s taught in schools doesn’t necessarily line up with the sorts of concepts that are presented in competitive mathematics.”

Since it started, MatheMagicians Club has had 10 to 15 students participate each year. Some of the students are homeschooled like the Rastogis. Others attend local schools. The club meets biweekly during the school year, and is open to anyone in grades four through eight who is passionate about math. When students apply, they will be asked to fill out a placement test, and then grouped with others in their same ability level.

“Generally at the beginning of the year, my brothers and I set up a plan for what we’re going to be covering,” Garima Rastogi said. “In those meetings, we will discuss new topics, give students homework that they do over those two weeks. Next class we will discuss it, go over questions that anybody had difficulty on, and then again cover a pre-planned new topic.”

They started out meeting at Concord Library, and then transitioned online during the COVID-19 pandemic. For the 2022-2023 school year, they hope to be back in person at the library.

The club is free of charge because the teens and their mother, Komal Rastogi, want the coaching to be accessible for all children, although they encourage donations to Concord charities, including the Friendly Kitchen and Friends of Forgotten Children.

“It’s just kind of a labor of love, you can put it that way,” said Komal Rastogi. “I have seen my kids jump with joy when any of the MatheMagician students excel. It’s a wonderful experience in itself. ”

For the most part, they focus on competitive math, to prepare students for the types of problems they’ll encounter – calculating the perimeter of a polygon, finding the value of unknown numbers, and the ratio between time frames in a hypothetical word problem.

St. John Regional School eighth-grader Ryan Casey joined MatheMagicians Club in 2019 and this March he won the MathCounts New Hampshire State Competition. His parents, Patrick and Catie Casey, said the club has been a “terrific experience” for him and for their older daughter Morgan, who now attends Bishop Brady, giving them a space to meet like-minded students and receive the support needed to tackle some really tough math problems.

“I think most parents are probably like me, where if your kid comes home with some algebra homework you can help them with that. Geometry gets a little bit hard and then beyond that we’re lost, as parents,” Patrick Casey said. “At least I am. And so this provided them an opportunity to meet mentors who could teach them and meet other students who are interested with them.”

The three Rastogi children started showing aptitude and a passion for math from a young age. Garima Rastogi started doing three-digit multiplication while a kindergartner at Green Valley Montessori School in Pembroke and all three were winning math competitions by the time they were in elementary school. Komal Rastogi made the decision to homeschool them, in part to further their math studies.

By the time they made it to middle school age, they were finished with the high school level math curriculum. All three have competed in the MathCounts National Competition and qualified for the American Invitational Mathematics Examination. Now they take some courses at Bishop Brady High School and NHTI Community College.

While the teens agree that their homeschooling allows them more flexibility to pursue their interest in math, Anshul Rastogi firmly believes that any student can be successful at competitive math if he or she has the willingness to work hard and seek out opportunities.

“Over the course of the club, we’ve definitely met a lot of very passionate students who are very willing to put in the work. And that is really wonderful,” Anshul Rastogi said.

The teens say they’ve learned a lot while running the club, both about their own teaching and communication skills, as well as the importance of mentorship. They plan to keep the math club going in the years to come, and expand the number of participants and mentors. They also hope to someday add additional math enrichment classes focused on specific topics, like number theory or pre-algebra.

ApplyBoard and Ireland Join Forces to Educate the World 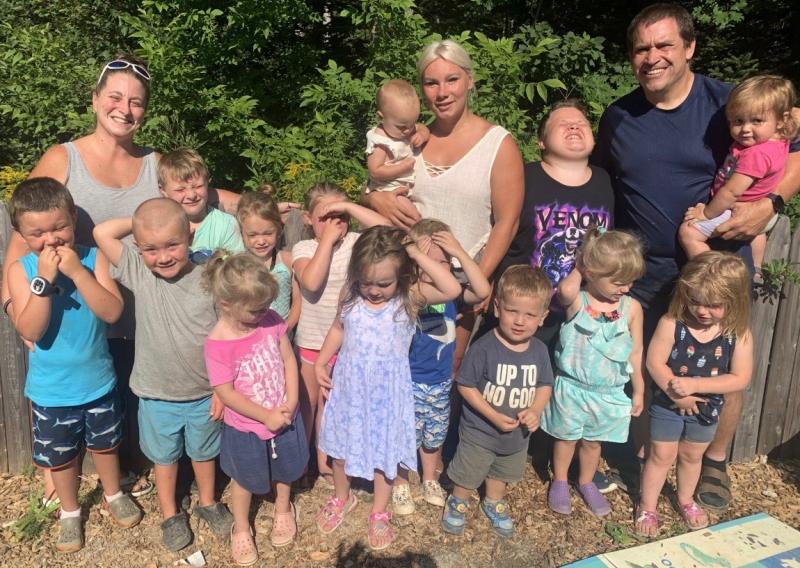