PHOENIX – There’s a new virtual reality in the metaverse, and Arizona businesses are taking advantage. One Arizona nonprofit teamed up with a Scottsdale law firm to hold a charity event in the metaverse.

Ephifania Reyes, a mother of two children, 8 and 2, moved into a Phoenix home in late March with help from Habitat for Humanity Central Arizona. “The house is a really nice space for us. It’s spacious,” Reyes said. She is a part of Habitat’s new initiative to provide affordable housing through the “Habitat Collection.”

Habitat and Rose Law Group came together for a metaverse collaboration, which they say is the first of its kind.

The metaverse is a virtual reality that brings the internet to life through virtual and augmented reality technology.

“The metaverse is more of a concept than a place,” said Omar Abdallah, a lawyer with Rose Law Group. “It represents an interactive place where assets can be owned and we know that the assets are owned because they are recorded on the blockchain .”

Non-fungible tokens, also known as NFTs are digital objects, such as music or drawings. NFTs are stored in the blockchain, which Abdallah compared to an Excel file storing important data.

According to a Bitcoin.com study, at least 18% of Americans have invested in NFTs.

Jason Barlow, president and CEO of Habitat for Humanity Central Arizona, said he is excited to see what improvements can be made for housing in Arizona through the collaboration.

“I think any money we can bring back to Habitat will be beneficial to all of our families because it will help us purchase land, buy materials, build homes, volunteer and expand our mission.”

The law group’s goal with the collaboration is to create more affordable housing that could give opportunities to more people like Reyes – but also to expose Arizonans to the metaverse and NFTs.

“We had a couple and they wanted to marry their digital identities,” he said. “And so, in the metaverse, if you own land, you are not limited.” In fact, the marriage was officiated by Arizona Supreme Court Justice Clint Bolick. The couple’s virtual identities were recorded on the blockchain with “virtual premarital agreements.”

For the future, both Rose Law Group and Habitat for Humanity want to expand their efforts globally to create more innovative and affordable housing. 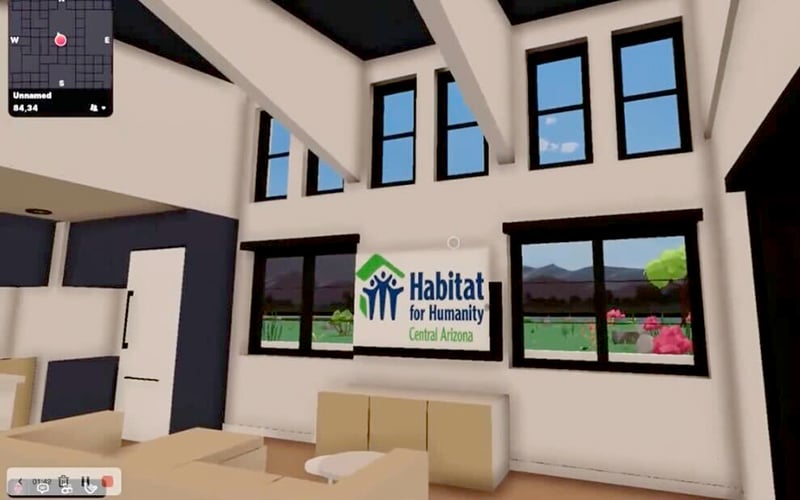 Summit to discuss the future of innovation in MENA region