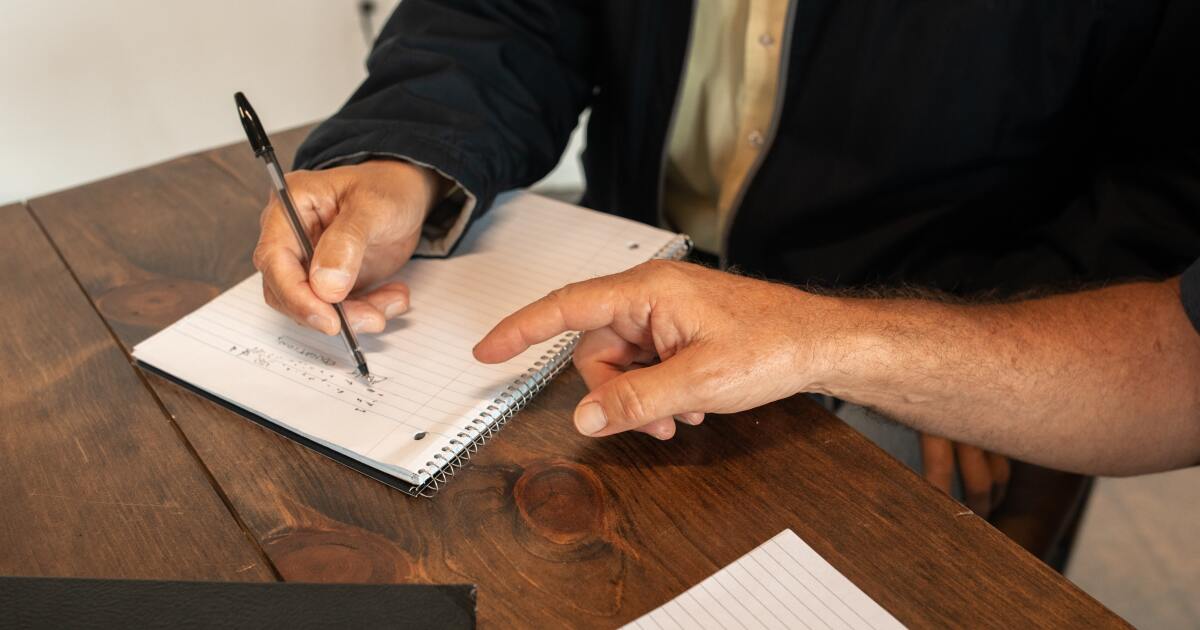 When Julie Tolsman started looking for a new job a year ago, her main concern wasn’t that she wasn’t qualified for a new job – but that she would lose her ability to communicate with her co-workers in one of her native languages, Tagalog.

In a new company, Tolsman knew she would have to speak more English. She was willing to work, but was not confident in the willingness of her future employer to work with her. When she interviewed the team at the Cambria Countertop Factory, she began to find that confidence.

“When I came here, I said [my supervisor] “I know my English is not very good,” says Tolsman, who moved to the United States six years ago from the Philippines. “I know how to build sentences, but that’s just the way I talk – it’s a little different. Well, we can work with that if that’s what worries you so much,” he said.

Within a few weeks, Tolsman was trained and hired as a quality assurance inspector at the company’s headquarters in Le Sour, Minnesota, and now works as a quality control officer. Her training included a series of one-hour language lessons curated by the EnGen platform to improve language skills, which were included directly in her schedule. The aim of these lessons is to bring Tolsman and other non-native English speakers to the level of reading and comprehension in the ninth grade.

Cambria has been offering these types of courses to its workers for six years, and now has four fully licensed ESL instructors teaching 50 classes for 123 employees. It has helped the business recruit from an expanded talent pool and, for its people, make the English language learning process less isolated. With Cambria’s current setup, Tolsman can leave her shift to spend up to an hour each day studying in a private setting.

“I didn’t know Cambria was offering English lessons until I got here,” Tolsman says, adding that she was surprised by the lessons during her scheduled hours. “I asked my boss, ‘Do I need to come here when I’m not working? And he said: No. [we do it] together.'”

Stories like Tolsman’s are not uncommon, but they don’t always end with a new job that complements a worker’s skill and invests in preparing them for future successes.

One in 10 working-age adults in the United States has limited English proficiency, according to a 2019 report from the National Immigration Forum. who – which Companies often overlook their massive talent pool, And it could be one solution to the current labor shortage, which is hitting critical blue-collar industries the most, according to a report from the Conference Board.

Migrant workers provide a huge boost to individual businesses and the American economy: Their economic contributions account for nearly $2 trillion of the United States’ gross domestic product, according to a recent report from the global nonprofit JFF. They have higher retention rates than the workforce as a whole, and they are the only talent pool that is growing at a pace to offset the impending retirement of baby boomers.

Read more: Does everyone in your company get a fair chance? Here’s what it means to democratize talent

“We have a large number of immigrants and refugees who are here, who work, who keep our economy going – and who are keep “Our economy is going through COVID as frontline workers – often prevented from promoting and progressing because they don’t have English skills,” says Katie Brown, founder of EnGen, the language skills improvement platform that Cambria uses. There is a huge focus on upskilling, reskilling, and helping current workers get the jobs of the future. But we leave people who don’t have English skills out of those conversations. “

the Lack of solutions available Not necessarily because employers don’t want them, but rather because they don’t know what to look for.

“There are a lot of programs in the adult education community that are really happy to partner with companies, but I think companies don’t realize that these programs exist,” says Camille Collar, an English language and leadership development specialist in Cambria. “Or they don’t really realize that they can provide the place and time for the employees to be there.”

There are more than two million immigrants in the United States who are unemployed or out of work, according to the New American Research Fund, and current ESL methods used by businesses serve only roughly 4% of the English-language population.

“The solution will not be just adding capacity to community colleges and educational centers,” Brown says. “Employers will have to think of English as an advantage.”

This has led many immigrants and English language learners to find their own solutions. When Alex Lashkow moved to the United States from Russia six years ago, he brought in experience and expertise in marketing, but struggled to find a company willing to take advantage of his skills and overlook (or help him improve) his less-than-perfect English.

So Lashkow created Linguix, an artificial intelligence platform available to employers to help Staff seem more proficient in written English online, while actually teaching them how to better understand and use language in their daily lives.

“When I started creating English content, I realized that the spelling solutions available weren’t good for me,” says Lashkow. “As a non-native speaker, when I use these tools there is no actual progress – it’s always just clicking and accepting edits for these mistakes, only to do them over and over again.”

Linguix uses artificial intelligence to help migrant workers communicate better in writing through the use of English-language email templates and autocorrect that checks tone and numbers of speech as well as grammar. For a basic fee, employers can add it as a browser extension to company-sponsored devices so they can help employees learn the language without spending time away from work.

Show Different ways for non-native speakers of English to learn language proficiency on the job It is critical not only to the growth of the company, but to the success of these migrant workers in today’s workforce.

In my experience most of the time [immigrants] They don’t even know they have the qualifications to do the job because of their English,” says Tolsman. “And it’s hard for them to do so. [get better] in speaking English if no one teaches it the right way.”