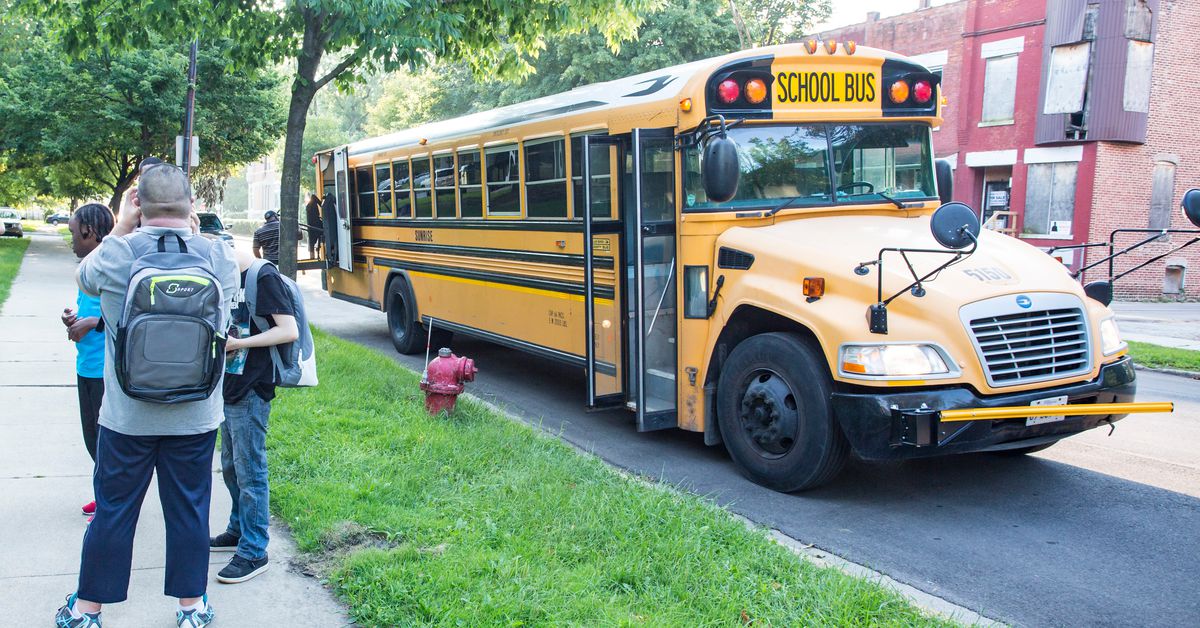 However, the school district, which was facing a potential financial crisis at the time, still received nearly $30 million from bus sellers with the same goal of avoiding layoffs but no written guarantees that the money would be used as intended.

In the end, the majority of these companies laid off more than 600 bus drivers anyway.

Dozens of the region’s private charter operators who run publicly funded schools have made millions in those federal loans even though they lost none of the ordinary taxpayer dollars, giving them a chance at traditional public schools and other employers who They had no other sources of relief.

Those findings were released Monday afternoon by the office of the Sinai Police Department’s Inspector General, Will Fletcher, in its annual report documenting its most significant investigations from the previous calendar year.

In all, CPS paid $28.5 million to 14 bus companies in the spring of 2020 when schools closed due to the pandemic. The county expected these vendors to continue to pay their workers and be ready when buses are needed again when schools reopen — which at the time was assumed to be a matter of weeks, not months as it turns out.

Illinois education officials have advised districts to make these types of payments to keep buses ready, but have urged care to be taken in making sure workers get paid and have suggested amending contracts to secure safeguards.

However, at CPS, those payments came without written agreements to ensure that drivers and bus assistants are paid, the IG office found. And although the payments were issued in May, two months after the school closed, the district has not verified whether the companies have paid their workers. By that time, sellers had already laid off 453 drivers and assistants.

The report said that one company had already told a “primary student transportation official at Cincinnati Public College” in April that it had laid off all of its drivers and assistants, but that official apparently did not share that information with his superiors.

Then, once the payments were made, officials did not check whether it had been used as intended. “We’ve assumed that businesses are going to be doing right by their employees if the area is being done right by businesses,” an unnamed senior CPS manager told investigators. Another said to the office, “Why would I [check]? There is no mechanism to do this.”

“The failure of CPS … unleashed a series of unintended consequences,” the report said.

The investigation found that without written guidance on the funds, 10 of the 14 vendors laid off more than 600 bus drivers for varying periods during the spring 2020 school closures. Meanwhile, nine companies took out a total of $13 million in Federal Paycheck Protection Program loans , which was revocable if a certain portion was spent on payroll. IG’s office said one vendor had laid off all of its drivers, but had received CPS payments and federal PPP loans while spending 0.5% of his regular payroll.

Meanwhile, laid-off workers were entitled to an additional $600 per week in unemployment benefits under another COVID-related program, meaning that three different sources of taxpayer money could be used to cover the same bus seller’s wages, the report said.

After the IG office notified area officials of the problems in September 2020, CPS pursued written agreements with some companies to pay the area $3 million.

The district also looked for other similar payments made to sellers, not all of which were marked as such at the time. CPS found that 37 other vendors offering different services received an additional $10.9 million in these payments — nearly $5.2 million of which went to one company alone.

Buses have turned into one of Cincinnati Public Schools’ biggest problems this school year, as a driver shortage has affected the roads of thousands of students and left many without ways to get to school. The IG office didn’t mention any of the companies involved, so it’s not clear if any of the sellers that got extra cash last year were involved in this year’s shortage.

Meanwhile, the Charter School investigation was prompted by a Sun Times report in July 2020 that found that 30 operators from 56 schools had applied for and received federal funds even though they had not lost their regular funding from Illinois taxpayers. The Sun Times estimated that charter schools in Chicago and elsewhere in Illinois have received between $31.2 million and $74.7 million in federal loans.

The CPS Inspector General has set this amount at $59.2 million for 38 CPS schools and related entities, $43.5 million used specifically for rental operations. The rest of the money was used for other programs of the nonprofit.

The IG office found that all but one charter school followed the program’s rules in applying for loans and spending the money. “It is possible that they met the eligibility requirements to participate in the PPP program” because they submitted certification applications for “economic uncertainty” before CPS officials announced that they would fully fund charter schools for the 2020-2021 school year, the report said.

However, the investigation found that CPS did not take PPP loans or other pandemic relief funding into consideration when distributing its pandemic aid to schools. Fletcher’s office recommended that CPS make sure “future COVID-19 relief funding is allocated fairly between charter schools and district-run schools, given all Covid-19 relief funds the schools have received to date, including PPP loans.” public and private exempted.

In 2020, US public schools gained access to a separate pool worth $13.5 billion under the Coronavirus Aid, Relief, and Economic Security Act, otherwise known as the CARES Act, passed by Congress in late March, shortly after shutting down all but essential businesses and institutions. . . The CPS allotment was $205 million of the $569.5 million earmarked for Illinois, some of which is for charters.

Since then, five operators have repaid a total of $7.4 million in PPP loans, while nearly all of the remaining charter carriers that retained PPP proceeds have been forgiven of their loans. Few loans remain outstanding. The SIGIR report did not say which operators had repaid their loans or which had been forgiven.