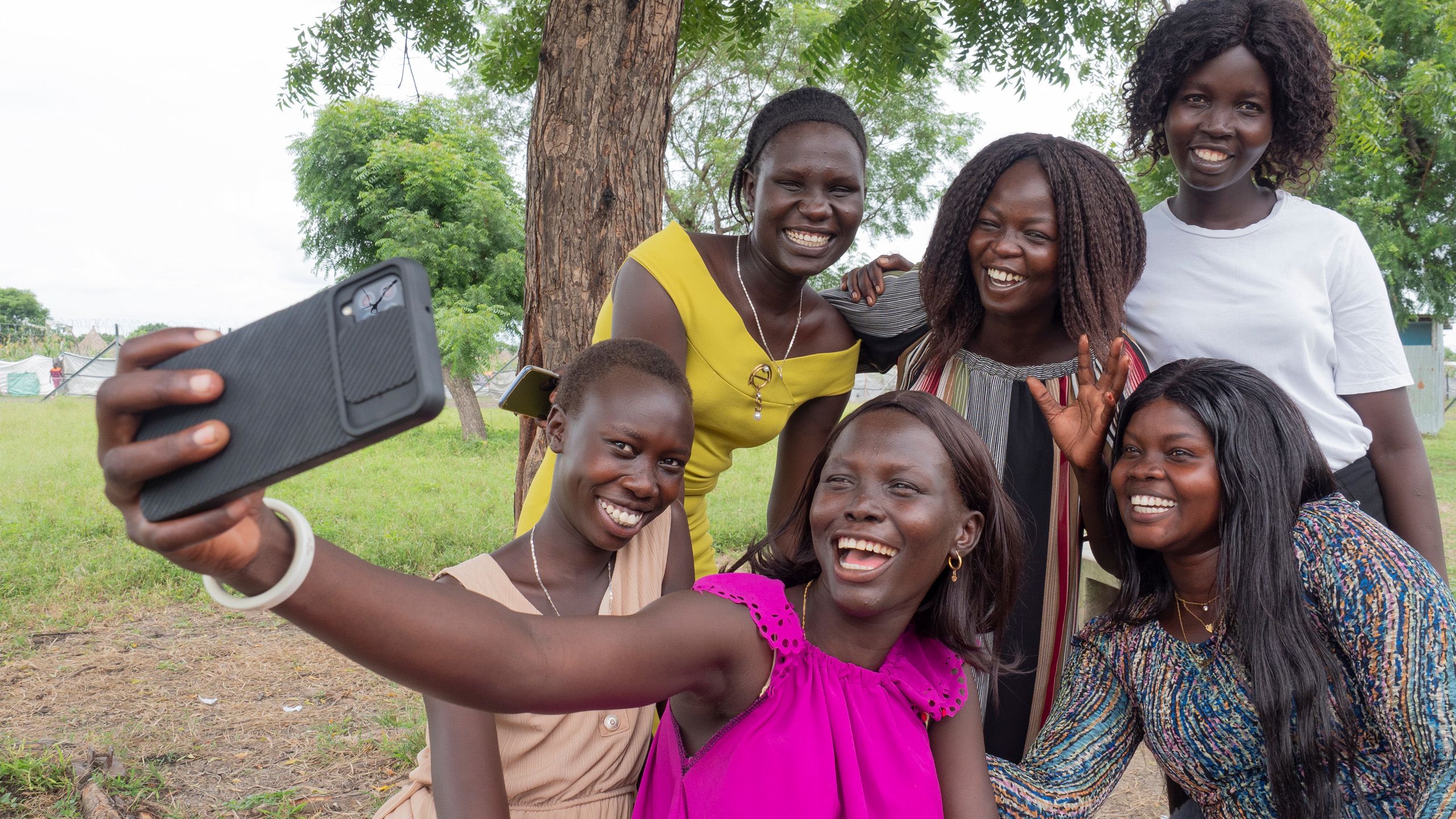 Nyawish Niwat Banigach He was born in Akobo. She sits pensive behind the camera, and with her wise look, she shares her story.

When the war broke out and the crisis started, we ran to the United Nations Mission in Sudan [a United Nations camp] In Juba they stayed there for three and a half years. During this difficult time, I got married. But my father and husband decided that I should go home in Akobo. I’ve stayed here so far, but my dad stayed there. There is no [good] The next road to Akobo. So, the only means is commercial flight, but it is very expensive, and it is impossible for him to get here. That’s why it’s still there.”

Separated from her family for the past seven years, Nyauch has had to acclimatize herself to an unrecognizable city, changed by the civil war. Now, even after a peace treaty was signed, it still faces the threat of domestic violence. But as a young leader dedicated to facilitating peace in her community, she brings people together to change that.

“Here we have a problem [violence], which is very scary for everyone. People are also targeting children and women,” she explains. “My husband came back for four years, but had to leave again due to the threat of local violence. He passed away three years ago.”

Nyauch explains that the problem is not just about this imminent threat of violence. There is also pressure on young people to take revenge. To kill others when loved ones are hurt.

You can be a little kid, but you will be affected even by the revenge of others for your uncle who was murdered. Won’t you [be able to] You live with other people, because when you sit down with them, they’ll start saying, “How can your uncle rest without you rebelling or killing someone else?”

She continues with a heavy heart: “If you have the talent to continue education, it can be very difficult, [because people] It can deprive you of your education. They can say, “We won’t accept your school fees – you’ll stay home until you follow what we tell you because you don’t respect us.”

Young people are trapped in an “eye for an eye” mentality, often taking on the burden of responsibility when violence erupts. Not only that – their precious lives became a sign of opposition groups.

“Competing communities target young people, especially those who have completed their education, because to kill them would mean serious harm to their families, who have invested in their lives,” adds Gatluak, who lost his father in local violence.

“The youth center has given people a place to unite on common ground, providing a place for joint activism to relieve tension and build peace.”

Under a lot of competing pressures and a lack of options, young people isolate themselves to avoid the threat of death and pressure to do harm. But the youth center gave people a place to unite on common ground, providing a place for joint activism to relieve tension and build peace.

“When we come to the youth center, we try it [engage] All clans, those who have conflict with each other,” says Gatluak.

“We make peace and reconciliation for those who have been traumatized and don’t forget what happened to them or the people they love. They understand that life matters. And that it is good that they can go on with their lives and empower the younger generation… and raise them rather than continue with a cause [violence]. “

Nyawech also believes that the Internet is buying time for people to cool off.

When people’s emotions swell and they feel ready to take irreversible action, a video call with family and friends who live in other contexts can change their minds.

Nyawech explains the process: “When you decide it [harm] Other clan, you can communicate with people far away through video call with people in the outside world, especially if you have relatives in America, or even in Kenya and Uganda. They can tell you, “You guys, this is not what life should be.”

Nyawech believes that such a lifeline for other people and realities makes Internet access a valuable tool for peacebuilding.

“this [brought] So many people together and it really changed the youth here.”

While this project has not completely eliminated violence, Nyauch believes it plays an influential role in igniting peace. She hopes to help build a country for her children where she can thrive.