From the backseat of his friend’s car, Andrew Selby signposts several landmarks on the short drive between the chiming amusements of Barry Island and the grey walls of Queensberry Gymnasium.

He points out his new flat, and a Texaco garage around the corner from the gym. He bought a bottle of whisky there once. Not much use to the town’s tourism board. For Selby, though, they represent critical stops on his journey into darkness and back towards the light.

It has been some fight and there are still tales the 33-year-old would prefer not to share. For nearly an hour, however, Selby speaks to Sportsmail with brutal honesty about all he has lost and all he has learned. About the drink , the self-harm, the suicide attempts, the grief. About the time he tried to drive off a cliff and the time he cut his throat while his sister watched.

‘I want to say sorry to a lot of people,’ says Selby. ‘At the time, I thought I had it under control — I’d shadowbox drunk, saying, “I will go back to boxing”. Now, I know how bad it was.’

The cold truth? ‘I just felt like I weren’t Andrew Selby no more.’

That Andrew Selby was one of the most gifted boxers this country has produced. As an amateur he travelled the world collecting medals. The Welshman fought alongside Anthony Joshua at London 2012. Selby can see now that a bomb was ticking by then.

Both he and brother Lee — the former featherweight champion — struggled with their sibling Michael’s death in 2008. Then, in 2017, their mother Frankie suddenly passed away. Andrew was in treatment for self-harming when he found out.

That is when he visited that garage to buy that whisky and the wheels of destruction gathered pace. There have been false dawns but he has been sober since November 2020 and is back in the gym, preparing for his latest comeback.

‘If I did (drink) now, I’d probably end up dying,’ he concedes. Instead, the Welshman wants world titles and to provide for his young son, Kade. He hopes one day to host talks for others who are struggling . First, he must learn to keep himself on track.

‘I don’t have to prove anything to anyone else now,’ says Selby. ‘This is what’s making me happy. So why change it?’ 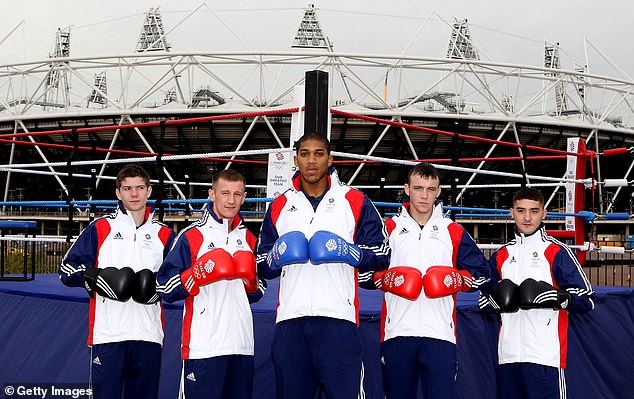 Selby was the local celebrity whom people later treated like a beggar. ‘I was in a hostel for two years,’ he says. ‘There were fights, arguments, drug busts. I was living on tinned food off food banks because I had no money.’

Now, having moved into his own place, the flyweight enjoys a healthier routine alongside his mentor, family friend Clayton Smith. ‘We go charity shopping,’ Selby smiles. ‘Have a Greggs.’ They train. And play chess.

Some routine at last to a professional career that has stuttered over the past seven years: 14 fights, one defeat, one premature retirement. A terrible shame, really. Before London 2012, Selby was world No 1, a precocious talent tipped for gold.

Instead he lost in the quarter-finals. A few hours earlier, he had been at the roulette table.

‘I must have lost £8,000,’ says Selby. And before long he was packing for home. ‘The people who worked for the Olympics used to help you carry your bags. But as soon as I lost, not one person helped me. ‘

A harsh lesson he would learn again during his darkest days.

‘I was down and out and no one wanted to know me,’ he recalls. ‘The mates I did have, I would have them down to my caravan, look after them because not many people have money in Barry. And then I was skint, crying because I had lost my mum. Not many people turned up — one or two.’ 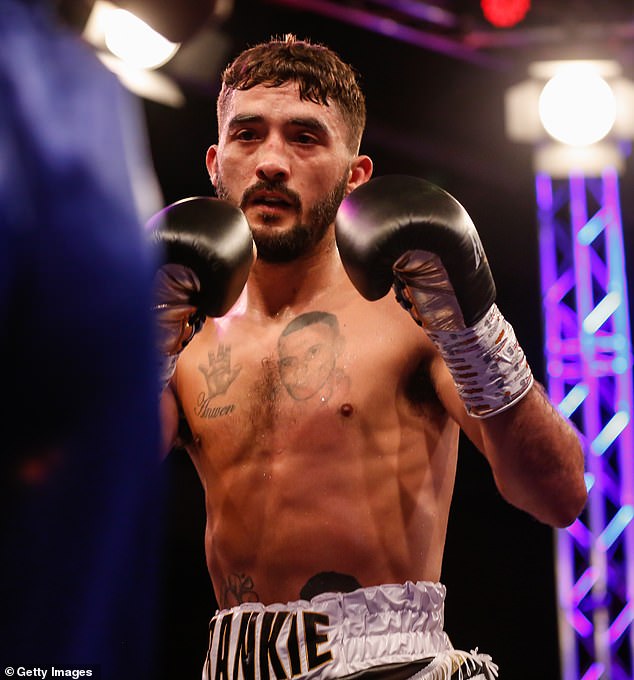 Those friends had hoisted a shy kid towards dangerous territory. ‘I used to go out a lot,’ says Selby. ‘Everyone loved me, I was wasting money on everyone.’

Girls made their affection plain. The kid from a Barry council estate was raking in nearly £2,500 a month in funding alone.

Training with Team GB Monday to Thursday was all that limited the self-destruction.

Selby’s struggles with drink began after brother Michael fell into a river and died. Everything spiralled when their mother was found dead nine years later. She and Andrew had lived together in a caravan.

‘She was just soft, loving, one of those people I could tell anything to — even if I got into the worst trouble.’ Selby’s voice tails off. ‘I miss her.’ He was in 10-day treatment when she passed.

‘My mum hadn’t visited me for three days,’ Selby explains. ‘They were jabbing me with vitamins and I was forgetting things. On the ninth day, I said, ‘Check on mum’.’ She was dead. I phoned dad and said, ‘Stop at the garage’.’

‘Wake up with the shakes, spew. Straight back on it.’ More than once he flirted with death. ‘I was drinking a lot of vodka,’ recalls Selby. ‘It used to just knock me out, I didn’t want to be awake.’ 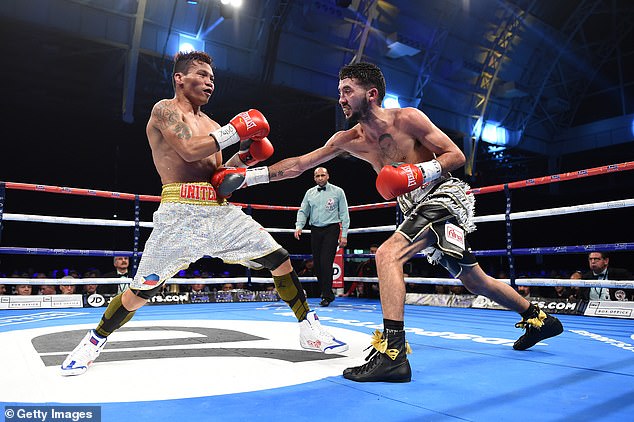 The Welshman has had 14 fights in his professional career, with only one loss to his name

His memory of one video call with his sister is hazy. He thinks conversation turned to their mum and the state he was in. Andrew smashed a glass and began stabbing himself in the neck.

Another brush with tragedy came behind the wheel. ‘I was drink- driving from my mate’s and he FaceTimed me,’ says Selby. ‘I was paralytic. I took a load of sleeping pills and remember saying, ‘Watch this, I’m going to go off the cliff’.’

His foggy mind had forgotten there were boulders near the edge. ‘I hit the second one before the cliff. It turned me into the cliff wall. I cut my eyebrow, blood went all down my face.’ He ran off towards his caravan. ‘Apparently police knocked but I didn’t wake up for two days.’

In 2020, officers found him with pills and a baton — scars, he says, from a violent attack. ‘I’d self-harmed that day and my sister had seen cuts on my wrist.’ She phoned the authorities. 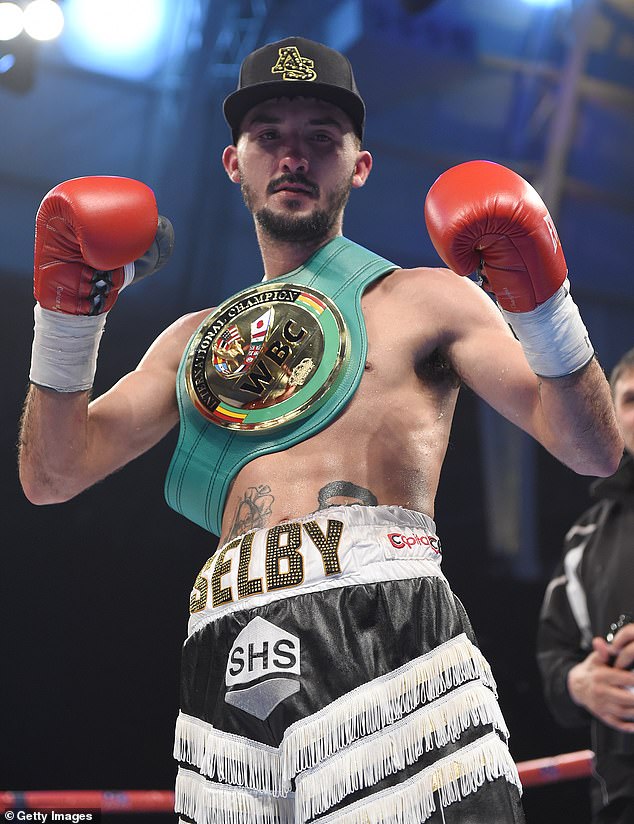 People within boxing tried to help, too. ‘I ignored them. I didn’t want to embarrass myself.’ For a time, Selby even shut out his family. ‘I thought they hated me.’

At one point, Selby messaged Tyson Fury when drunk. They had shared a room on Team GB and later trod parallel paths of pain. Selby wonders if the ‘shy’ heavyweight was suffering back then. After Fury revealed his mental health battles, Selby asked for help; Fury did not reply.

Selby jokes: ‘I remember telling all my mates in the caravan, ‘He’s come out with that and look at the state of me’. I could tell much worse stories than him!’

Selby’s mother inspired his recovery. In 2020, a third trip to rehab began on her birthday. ‘I made a promise,’ he says.

Soon, Selby hopes to regain his boxing licence. ‘I haven’t got an education. I’ve got the skills to pay the bills. So I need to get the money in for my boy, for myself,’ he says. The former British champion plans to chase titles. But he says: ‘Even if I didn’t fight again, I’ll be in the gym every day.’ 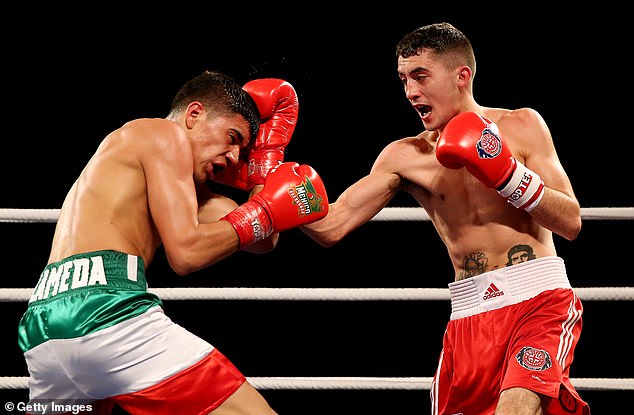 Around his sessions, Selby helps train others — including his son. ‘He’s only three and he hits hard.’

As for that first fight back? ‘I’m just going to smile at the camera,’ he says. ‘One thing I never forgot, Welsh coach Nigel Davies told me, ‘You’re always nervous. Why don’t you be happy and just enjoy yourself?’ Selby tried it. ‘It’s worked, and that’s what I’m going to get back to.’

For confidential support call the Samaritans on 116123 or visit a local Samaritans branch. See www.samaritans.org for details.

Some leaving the veterinary profession in S’pore due to long hours, fatigue

Researchers Working Toward A Cure For Type 1 Diabetes – News, Weather & Sports For All Of Colorado